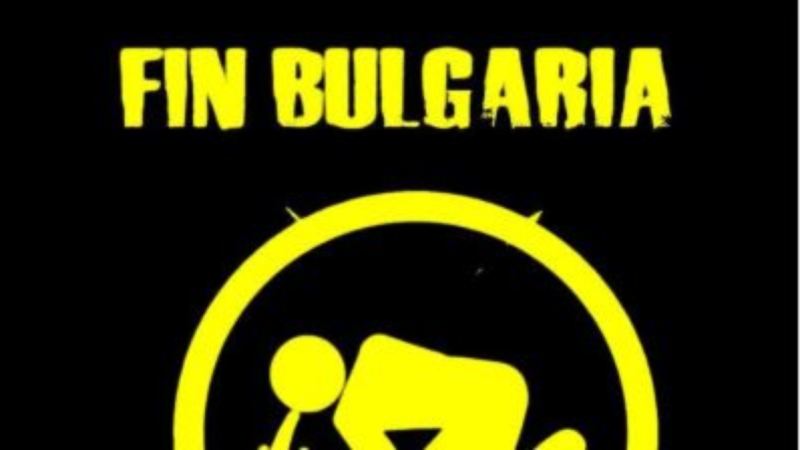 What does the name of your metal band mean?

- Fin in French means end, end. In English it is also an end, but in the sense of a locality, a geographical area. I wanted the name to be related to our country, especially since there are only three thrash metal bands in Bulgaria and we are one of them. We started two years ago, and before that I had another band "Enemi BG". We did rap metal with her. We also released a seven-track album called "Made in Bulgaria". After disagreements in the band, I decided to try to make music myself.

The texts are mainly socially oriented, what are the messages in them and who is their author?

I write my own lyrics for the songs. Yes, they are socially oriented, we aim to provoke the listener's attention, to direct him to the current problems of Bulgarian everyday life - crime, addiction and current issues. In some of the songs we make fun of pop folk and the theme becomes anti-chalga. This is music that, to put it mildly, I don't like. We present everything in a lighter way, adding less flirtation and humor. Classic thrash metal sounds more aggressive and rude, often the lyrics are extremely focused. In my songs the sound is more accessible. We make a compilation between the old and the new school in this genre

Where did your interest come from, is there a musician in your family?

- Yes, my father Todor Kaev. He had his own rock band when he was young, played guitar and was a vocalist. They had a tour at sea, but the man who was their manager didn't pay them, and so the band disbanded. I have been involved in music since I was a student, when I started, I was 16 years old.

How did you start?

- My first band was "Dead Excitement", the group belonged to some friends. Then I did "Snek" with a boy from another company. However, the band disbanded and I stopped making music. When I graduated from high school, a friend of mine wanted to hear recordings of his songs. He offered me a try, and I created the song "Beach," followed by "Seven Years of Suffering, Seven Years of Sorrow."

Why did you choose this style, which is very specific and somewhat aggressive? Translated from English thrash means "hit, tap, beat".

"Because I think that's life itself." Life is not just daisies, champagne and tears. Being is raw, just like this music. There's something very interesting about it, and that is that it sounds like it's being performed on the street, when in fact the recordings are made in a studio. This achieves the authenticity of the performance combined with high sound quality.

Where do you record your songs?

- I have my own studio, which is located in my house. We make the recordings there. It is equipped according to all the rules, I claim that I did it professionally.

Who are your favorite artists?

- My favorites are American thrash metal bands. These are "Proxy", "Megadet", "Havoc", "Sepultura", "Cavalera Conspiracy". They make good music and are not as commercial as Metallica.

Are you against the commercial?

What is your wish?

- To be on the big thrash metal stage.